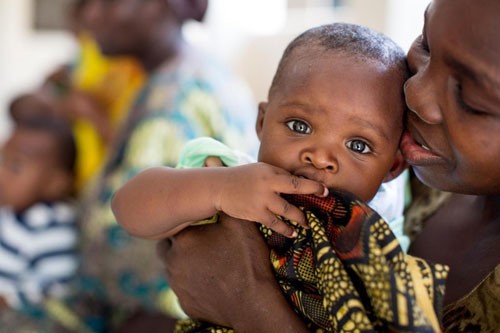 According to a report from the UN Children’s Fund (UNICEF) titled “Children, HIV and Aids: The World in 2030”, approximately 360,000 adolescents are projected to die of AIDS-related diseases between 2018 and 2030.

This is the equivalent of 76 adolescent deaths each day without additional investment in HIV treatment programmes, prevention and testing.

Based on current projections, the report estimates that the number of newly infected 0-19 year olds will reach an estimated 270,000, decreasing by one third over current estimates.

The report highlights that the number of adolescent and child AIDS related will decrease from 119,000 currently to 56,000 by 2030.

According to UNICEF nearly 700 adolescents (10-19 year olds) are infected with HIV each day, the equivalent of one every two minutes. By 2030, the number of new infections in adolescents will decrease by 29 percent.

“The report makes it clear, without the shadow of a doubt that the world is off track when it comes to ending AIDS among children and adolescents by 2030. Programmes to prevent HIV transmission from mothers to babies are paying off but haven’t gone far enough, while programmes to treat the virus and prevent it from spreading among older children are nowhere near where they should be.”

The report estimates that in areas such as Southern and Eastern Africa, 1.9 million adolescents and children will still be living with HIV in 2030 along with 571,000 in West Africa and 84,000 in the Caribbean and Latin America.

Currently, 3 million adolescents and children are living with AIDS worldwide with more than half of them in Southern and Eastern Africa.

The report also notes that between 2018 and 2030, reductions in the number of 0-19 year olds living with HIV will differ by region. It is predicted that the greatest decline will be in South Asia with 50 percent followed by Southern and Eastern Africa at 40 percent and 24 percent in Central and Western Africa.

“We can’t win the fight against HIV if we don’t accelerate progress in preventing transmission to the next generation,” said Fore. “We must maintain the sense of urgency to sustain gains made in the past decade – for both boys and girls. And to do this we must look to innovative and preventative ways of reaching the most vulnerable and at-risk young people.”

UNICEF’s report was released ahead of World AIDS Day on 1st December 2019.