152,000 vaccinated against Cholera in Niger 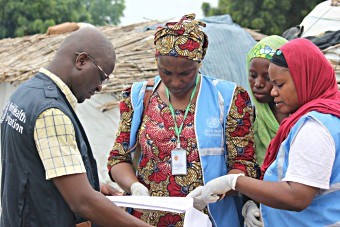 In collaboration with the World Health Organisation (WHO) and other partners, the Niger government has participated in an oral cholera vaccination campaign to protect over 152,000 people at risk.

Since the cholera outbreak began on 5 July 2018, the number of response actions have soared, while Gavi the Vaccine Alliance has funded operational costs for the cholera campaign.

The government has worked to control and end the outbreak through enhanced surveillance, community engagement with hygiene promotion messages, the distribution of water treatment tablets, laboratory support, and dedicated cholera treatment centres.

“All these efforts have made it possible to control the outbreak. It is extremely encouraging that it has been more than two weeks since any new cases were reported. This immunization drive provided another opportunity to stop this outbreak as well as to protect people over the longer term.”

Reports show that out of the 3,824 reported cases, there has been 78 deaths in 14 health districts during this current outbreak.

Public health experts noted that although the number of cases have decreased nationwide, the population in Aguié remained at high risk due to the flow of people across the Nigerian border and its role as a national transport hub.

Since 1971, 11 major cholera outbreaks have occurred in Niger which have begun in communities along the border with neighbouring countries before spreading to other parts of the country.